Please join us for a dissertation workshop seminar led by Dr. Garrett Sullivan and featuring the work of Katherine Walker, a PhD Candidate in the Department of English and Comparative Literature at UNC. Dr. Sullivan is Liberal Arts Professor of Research in the Department of English at Penn State and author of such books as The Drama of Landscape: Land, Property, and Social Relations on the Early Modern Stage.

Lunch will be provided. Please RSVP to Beth Hasseler at hasseler@live.unc.edu. Join us for the 2016 Spring Dorothy Ford Wiley Crossroads Lecture. Renata Holod will present a talk proposing cognitive recall and the arts of memory as a source for the genesis of Cordoba’s famous intersecting polylobed arcades. 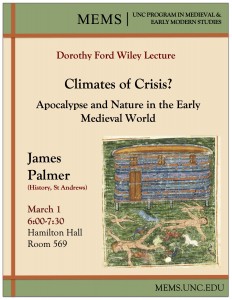 Join us on Tuesday, March 1 for a Dorothy Ford Wiley Lecture by Dr. James Palmer (History, St Andrews). The lecture will be held in Hamilton 569 at 6pm. 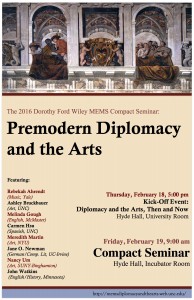 Join us on Friday, February 19 in the Incubator Room of Hyde Hall for the 2016 Dorothy Ford Wiley Compact Seminar. This seminar brings together scholars of history, literature, art, music, and theater to examine how fourteenth- through eighteenth-century diplomatic encounters shaped aesthetic productions, including texts, objects, and performances. The “rise” of diplomacy as a framework for global political relations provided a fertile context for creation and innovation in the arts. In this seminar, we will explore how the performing, visual, and literary arts played an important role in celebrating, commemorating, facilitating, and commenting on diplomatic encounters, furnishing objects for exchange, spaces for sociability and self-fashioning, and emotional content for international negotiations.

The seminar will begin with a public round-table discussion on “Diplomacy and the Arts, Then and Now,” on Thursday, February 18 at 5:00 in the University Room, Hyde Hall.

Please visit http://memsdiplomacyandthearts.web.unc.edu/ for the program and more information.

Join us for a discussion of The Islamic-Byzantine Frontier: Interaction and Exchange Among Muslim and Christian Communities (I.B. Tauris, 2014) by Asa Eger (History, UNC Greensboro) on January 15 at 12pm in the Seminar Room in Hyde Hall. Zayde Antrim (History, Trinity College) will lead the discussion.

Jaroslav Folda: Byzantine Art and Italian Panel Painting: The Virgin and ChildHodegetria and the Art of Chrysography 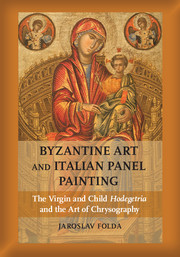 Professor Emeritus Jaroslav Folda (Art History) has published a new book with the Cambridge University Press. The Virgin and Child Hodegetria was a widely venerated Byzantine image depicting the Virgin holding and pointing to her son as the way to salvation. In Byzantine Art and Italian Panel Painting, Jaroslav Folda traces the appropriation of this image by thirteenth-century Crusader and central Italian painters, where the Virgin Mary is transformed from the human mother of god, the Theotokos, of Byzantine icons, to the resplendent Madonna radiant in her heavenly home with Christ and the angels. This transformation, Folda demonstrates, was brought about by using chrysography, or golden highlighting, which came to be used on both the Virgin and Child. This book shows the important role played by Crusader painters in bringing about this shift and in disseminating the new imagery to Central Italy. By focusing on the Virgin and Child Hodegetria, Folda reveals complex artistic interchanges and influences extending across the Mediterranean from Byzantium and the Holy Land to Italy. 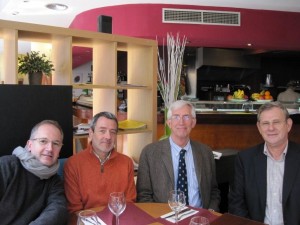 Jessica Boon (Religion) will spend the 2015 calendar year as a Ryskamp Fellow. The Charles A. Ryskamp Research Fellowship is offered through the ACLS and a full list of current fellows can be found here. Jessica will spend the year at work on her project Spanish Passion: Jesus, Mary, and the Jews in the Castilian Religious Imagination, 1480 – 1540. During Castile’s transition from a pluralistic Middle Ages to a strongly Catholic Golden Age, devotions focused on Jesus’ suffering body (his Passion) became the nexus linking popular culture and high theology, written narrative and oral performance, men’s and women’s spirituality, and Jewish-Christian cultural divides. Spanish Passion provides the first intensive study of the place of body, especially the bodies of Jesus, Mary and the Jews, in Castilian religious experience during the early empire, drawing on methodologies from literary studies, material culture, gender studies, Jewish studies, history of science, and postcolonial theory. The early modern Castilian devotional imagination focused on a tortured son, a divinized virginal mother, and a stereotyped religious “other,” a triumvirate of marginalized, wounded bodies foundational to the complex gender and racial/religious constructs exported across the globe in the first half of the sixteenth century. 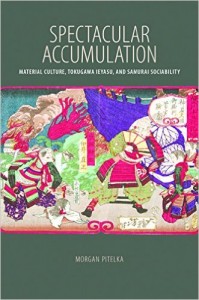 Morgan Pitelka (Asian Studies, History) has published a new book with the University of Hawai’i Press. In Spectacular Accumulation, Morgan Pitelka investigates the significance of material culture and sociability in late sixteenth-century Japan, focusing in particular on the career and afterlife of Tokugawa Ieyasu (1543–1616), the founder of the Tokugawa shogunate. The story of Ieyasu illustrates the close ties between people, things, and politics and offers us insight into the role of material culture in the shift from medieval to early modern Japan and in shaping our knowledge of history.This innovative and eloquent history of a transitional age in Japan reframes the relationship between culture and politics. Like the collection of meibutsu, or “famous objects,” exchanging hostages, collecting heads, and commanding massive armies were part of a strategy Pitelka calls “spectacular accumulation,” which profoundly affected the creation and character of Japan’s early modern polity. Pitelka uses the notion of spectacular accumulation to contextualize the acquisition of “art” within a larger complex of practices aimed at establishing governmental authority, demonstrating military dominance, reifying hierarchy, and advertising wealth. He avoids the artificial distinction between cultural history and political history, arguing that the famed cultural efflorescence of these years was not subsidiary to the landscape of political conflict, but constitutive of it. Employing a wide range of thoroughly researched visual and material evidence, including letters, diaries, historical chronicles, and art, Pitelka links the increasing violence of civil and international war to the increasing importance of samurai social rituals and cultural practices. Moving from the Ashikaga palaces of Kyoto to the tea utensil collections of Ieyasu, from the exchange of military hostages to the gift-giving rituals of Oda Nobunaga and Toyotomi Hideyoshi, Spectacular Accumulation traces Japanese military rulers’ power plays over famous artworks as well as objectified human bodies. 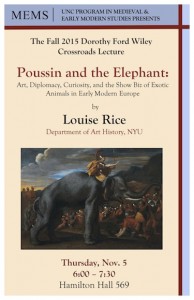 Please join us in Hamilton Hall 569, Thursday (11/5) at 6:00 for a lecture by Louise Rice (NYU), “Poussin and the Elephant: Art, Diplomacy, Curiosity, and the Show Biz of Exotic Animals in Early Modern Europe.” 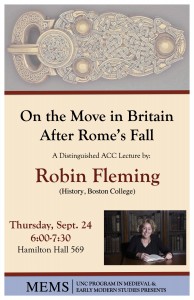 Please join us in Hamilton Hall 569, Thursday (9/24) at 6:00 for a lecture by Robin Fleming (Boston College), “On the Move in Britain after Rome’s Fall,” brought to you by the ACC Distinguished Lecture Series and MEMS.

Click here to see all of the program’s activities and events over the last two years, plus information about the support MEMS has given to UNC faculty and graduate students in premodern studies. Now in its eight year, MEMS is going strong, and promises to continue its tradition of fostering excellence at Carolina in the study of the medieval and early modern worlds.

Congratulations to Glaire D. Anderson (Art History) who has received this year’s Charles Julian Bishko Memorial Prize for the best article published in 2013 or 2014 in the field of medieval Iberian history by a North American scholar. This prize was awarded by the Association for Spanish and Portuguese Historical Studies for her article “Sign of the Cross: Contexts for the Ivory Cross of San Millán de la Cogolla,” Journal of Medieval Iberian Studies 6:1 (Jan. 2014), 15-41.